At ConocoPhillips, we are committed to providing a beneficial impact on the communities in which we operate. This commitment to enhancing the lives of the people around us has seen us develop partnerships with many worthwhile community projects in Australia and Timor-Leste. 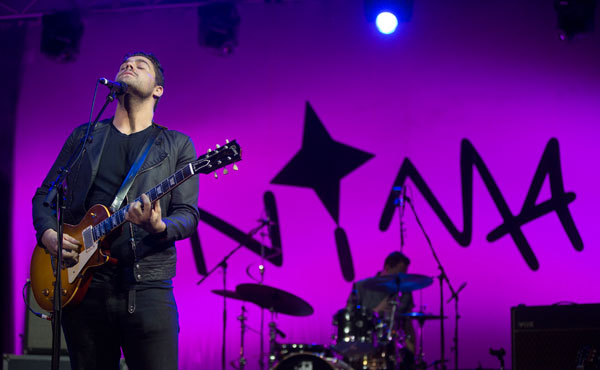 Our areas of operation cover the following regions:

Western Australia, Northern Territory, Queensland and Timor-Leste. ConocoPhillips Australia supports National partnerships as they reach across into all our operational regions within Australia.

This unique program allows students to participate at a university campus in 3/ 4 days of experimental fun in science, engineering and technology, whilst learning about and discussing possible careers, taking part in relevant site visits and all the while experiencing university life first hand.

Western Australia and the Northern Territory

EDUCATION - Clontarf Foundation
The Clontarf Foundation exists to improve the education, discipline, self-esteem, life skills and employment prospects of young Aboriginal Torres Strait Islander men and by doing so equips then to participate meaningfully in society.
Since opening its first Academy in Western Australia in 2000 with 25 boys, the Foundation has grown to cater for over 5,600 boys in nine schools across Western Australia, the Northern Territory (NT), Victoria and New South Wales and Queensland.

ConocoPhillips supports the work of the Clontarf Foundation in the NT.

EDUCATION and ENVIRONMENT - Charles Darwin University
ConocoPhillips is currently providing support to Healthy Harbours, an environmental initiative monitoring activity in Darwin Harbour, and the delivery of an Indigenous pilot program with the university’s Vocational Education and Training faculty.

ENVIRONMENT - The West Arnhem Land Fire Abatement (WALFA) Project
Since 2006, Darwin LNG has supported WALFA, a carbon offset program. Through this project, Indigenous rangers in West Arnhem Land in the Northern Territory have offset more than 2 million tonnes of CO2e through early dry-season burning across an area roughly the size of Belgium. This strategic approach helps to prevent devastating uncontrolled bushfires later in the year.

In addition to reducing emissions, WALFA has provided over 200 Indigenous jobs per year, conserved rainforest vegetation, protected local wildlife and rock art sites and enabled cultural aspects of land management to be passed down to younger generations.

Participating Indigenous rangers have created a revolution in land management by using traditional knowledge combined with modern technology. This success of this method is now seeing it duplicated across Australia and the world.

ConocoPhillips commissioned a documentary to capture the incredible story behind the WALFA project.

EDUCATION - NT Young Achievers Awards - Environmental Award
ConocoPhillips’ long-term sponsorship of the Environment Award category as part of the NT Young Achiever Awards helps to recognise and celebrate the work of young people in the Territory who are sharing their talents, passions and energies for the betterment of the community.

ConocoPhillips supports the DSO's by sponsoring an annual free outdoor community concert – the ‘ConocoPhillips Symphony'. Featuring orchestral interpretations of contemporary music, these concerts attract a large cross-section of the Darwin community. ConocoPhillips and the DSO won the 2011 Australia Business Arts Foundation Regional Award for the concert, 'A Rock Symphony for Everyone'.

Subsequent concerts have continued this success, drawing crowds of up to 5,000 people with 2012’s 'ConocoPhillips Symphony: License to Thrill', which celebrated music made famous by the James Bond films, and 'Beatlemania' in 2013, as well as 'ABBAvision' in 2014. 2015 celebrated the music of Led Zeppelin, and 2016 saw Pink Floyd’s discography brought to life, complete with a choir of school children for the anthem ‘Another Brick in the Wall (Part II). 2017 sees the long-awaited music of Queen be performed under Darwin’s infamous dry season sky.

HEALTH & SAFETY - City2Surf and Marthon4Kids
ConocoPhillips has been a long-term supporter of the NT City2Surf, encouraging the local Darwin community and visitors to get together and stay active.

ConocoPhillips also provides support to Marathon4Kids, an eight week training program held in schools, where students run 41 kilometres in the lead up to the NT City2Surf.

The NIMAs showcase the rich musical landscape of Australia and highlight the incredible music coming from all corners of the country. The awards bring together acts who are yet to make their mark on the world, alongside those who have achieved international acclaim, such as Gurrumul & Jessica Mauboy.

Held annually at Darwin’s historic Amphitheatre, the NIMAS see audiences from all over Australia applaud the winners, enjoy the performances and soak up the ambience of a night for music lovers of all ages and cultures.

ConocoPhillips supports this program in Australia as part of our commitment to increasing the participation of women in the oil and gas sector.

EDUCATION - Robogals UQ
Robogals is an international student-run, non-for-profit organisation. Robogals aims to inspire, engage and empower young women and students from the ages of nine through to twelve towards a future in science and engineering related fields running girls only and co-ed engineering workshops.
ConocoPhillips supports this program in Australia as part of our commitment to increasing the participation of women in the oil and gas sector.

EDUCATION - Women in Engineering
Women in Engineering is an industry funded program with University of Queensland aimed at increasing female enrolment into undergraduate engineering. The program works directly with high schools, teachers and parents to encourage girls to actively consider enrolling in engineering. The program reaches over 2000 students annually.
ConocoPhillips supports this program in Australia as part of our commitment to building a pathway from school to further education in engineering and science and an investment into creating greater diversity in future recruitment talent pools for engineering.
University of Queensland Website

EDUCATION - Spark Engineering Camp
Spark Engineering Camp is a non-profit Youth Without Borders initiative that provides students in Years 10-12 with an insight into the different pathways into engineering. Specifically, this week-long residential camp is targeted to students who might not normally have considered university due to geographic, financial or other obstacles.
SPARK Website

EDUCATION - EQIP Education Queensland Industry Partnership (EQIP)
Education Queensland and Industry Partnership (EQIP) is a uniquely established government and industry agency designed specifically to engage with schools and industry, acting as a centralised body to deliver industry focused skilling programs to secondary school students. Through the program Gladstone secondary students have the opportunity to participate in school based programs that equip them for full time apprenticeships and traineeships with industry in the Gladstone region post graduation.

The Education Queensland Industry Partnership is a schools-based trainee / apprentice program that assists students to complete Year 12 while lso getting started on a trade skills pathway with local businesses. ConocoPhillips' Australia Pacific LNG Project is one of a number of local partners collaboratively supporting the EQIP program, for further detail on the partners please refer to the website.
EQIP Website

COMMUNITY AND ARTS - Queensland Symphony Orchestra
This partnership with the Queensland Symphony Orchestra is aimed at cultural enrichment. Music students from local Gladstone schools are able to work closely with professional orchestral musicians to enhance their skills. Added benefit comes from additional opportunity for the Region's musical and instrumental teachers to participate in professional development opportunities. The entire orchestra performs a free annual concert for the Gladstone community.
QSO website

COMMUNITY AND ARTS - The Australian Baseball League
As part of this program, ConocoPhillips supports youth based programs such as the ABL National Kids Day, as well as after school activities. ConocoPhillips also supports the Brisbane Bandits in Queensland.
ABL Website

COMMUNITY AND ARTS - Queensland Minerals and Energy Academy (QMEA)
Every Easter the Gladstone community stops and enjoys the iconic week long celebration that is the Gladstone Harbour Festival. In 2012, Australia Pacific continued its ongoing association as a major sponsor of the festival.

HEALTH - Wesley Research Institute
Australia Pacific LNG has partnered with the Wesley Research Institute to conduct a health and wellbeing study in the Queensland districts of Western Downs, Maranoa and Gladstone. The study aims to identify the health and wellbeing needs of people living in these areas. This will enable the research team to develop relevant recommendations to be made available to local, state and federal levels of government for action.
Wesley Medical Research Website

The ConocoPhillips Science Experience is a national program for Years 9 and 10 students.

Your PDF is Ready